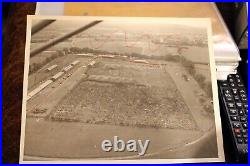 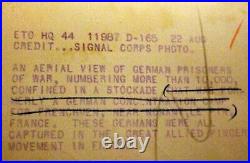 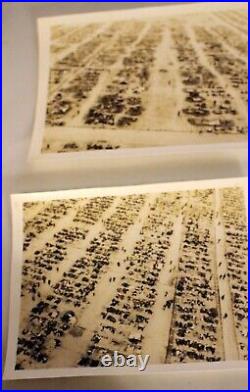 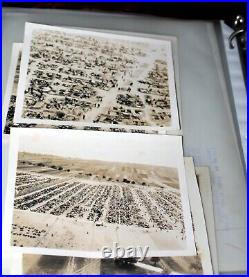 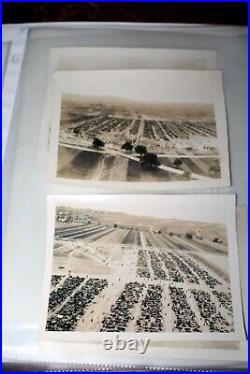 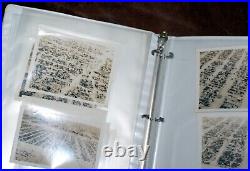 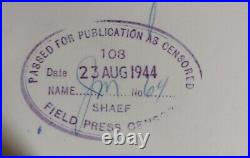 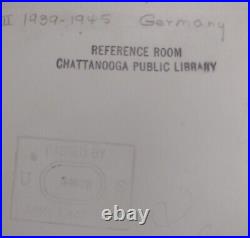 Extremely Rare Controversial World War II Photographs - First time offering from my personal collection -U. Aerial images of French prison camp for German POWs.... (Supreme Headquarters for the Allied Expeditionary Forces).. A former German concentration camp near Nanant-Le-Pin for French soldiers repurposed by the French for some 10,000 Germans. Controversial reports indicate many tens of thousands died from conditions in Allied camps, the matter covered up.

These 9 images taken by aircraft as they close in on the camp show increasing detail, the prisoners living in holes dug in the earth and with minimal access to water.. I acquired these photos more than 20 years ago, part of my extensive archives, the photos having somehow found their way into the Chattanooga, Tennessee reference library archives. One photo is 8x10 inches, eight measure approx. 5,5 x4,5 inches. They are originals and I have made no copies. This item is in the category "Collectibles\Militaria\WW II (1939-45)\Reproductions\Germany". The seller is "paulgarson45pj" and is located in this country: US. This item can be shipped to United States.
Home  Archives  Contact Form  Privacy Policies  Service Agreement